This document was last modified Sept 1 2020

BELOW IS ONLY ADDITIONAL WEB PAGE INFORMATION


( A quick explanation of what you have found here. )

Yep, this is the place.

I am the guy who started it all (the ASPHYX/GASPER) movement
back in April of 1992 with the creation of the (ASA) alt.sex.asphyx newsgroup.
I posted the first Gasper/Asphyx type photos there, to the horror of the civilized world.


The message was that asphyx/gasping can be a dangerous game to play
if you are a novice or a want-a-be. If you can't play safe then don't play.

PEOPLE HAVE DIED playing at choking or hanging.

We don't want you to be one of them.

After years of struggles with the moral majority, battles with government
legislation, and death threats from anyone with a personal objection,
it would appear that Asphyx is now an acceptable alternate lifestyle
and Gasper has become a household world.

For you newcomers, whenever you see someone use the term
"ASA" or "A.S.A."
What they are referring to is my USENET
alt.sex.asphyx newsgroup and this is the
web site that I created from that group.

( Today there are ASA type web pages and egroups and newsgroups springing up
all over the place. Many of them are NOT Asphyx groups.

A.S.A. refers to Gasping. As in breath control during sex.
That would be choking, hanging, or smothering. Etc.
Guns and knives have nothing to do with Asphyx )

I can't take the credit for doing this single handedly. There were many girls
and guys who helped with the updates and support for A.S.A and A.B.P.E.F.N.
and GASPERS /R.H.O.G. We couldn't have done it without them.

Today RHOG has been stream lined to present only the best and most popular of
what has been donated to our sites since the VBBS of 1982 and the Website of 1992.

The message "Gasping is for lovers, Never Play alone" has echoed throughout the land and there is no longer a need for crusades and banner waving. The ASA newsgroup is still there but has been outshined by the wave of new Asphyx lovers with Web sites.

GASPER (RHOG) still stands as the benchmark for all other Asphyx sites.
We're glad to have been the start of it.

THE HOUSE NOW INCLUDES
THE COMPLETE ARCHIVE OF 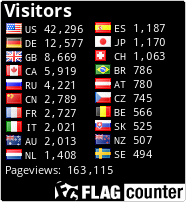 It is believed that the images displayed on this site do not contain
material subject to Title 18,Section 2257 of theUnited States Code.
ALL images on these web pages are believed to be in the public domain.
This site does not sell any images,contact sheets or avi files. All of the images are free to
look at with no membership fees for access. Retrotek will immediately remove, any specific
images represented to be owned, copyrighted or posted without permission. If you believe an
image being displayed is copyrighted notify retrotek?cybercomm.net with the IMAGE FILE NAME
and the EXACT LOCATION or page where the image is displayed and he will remove it.